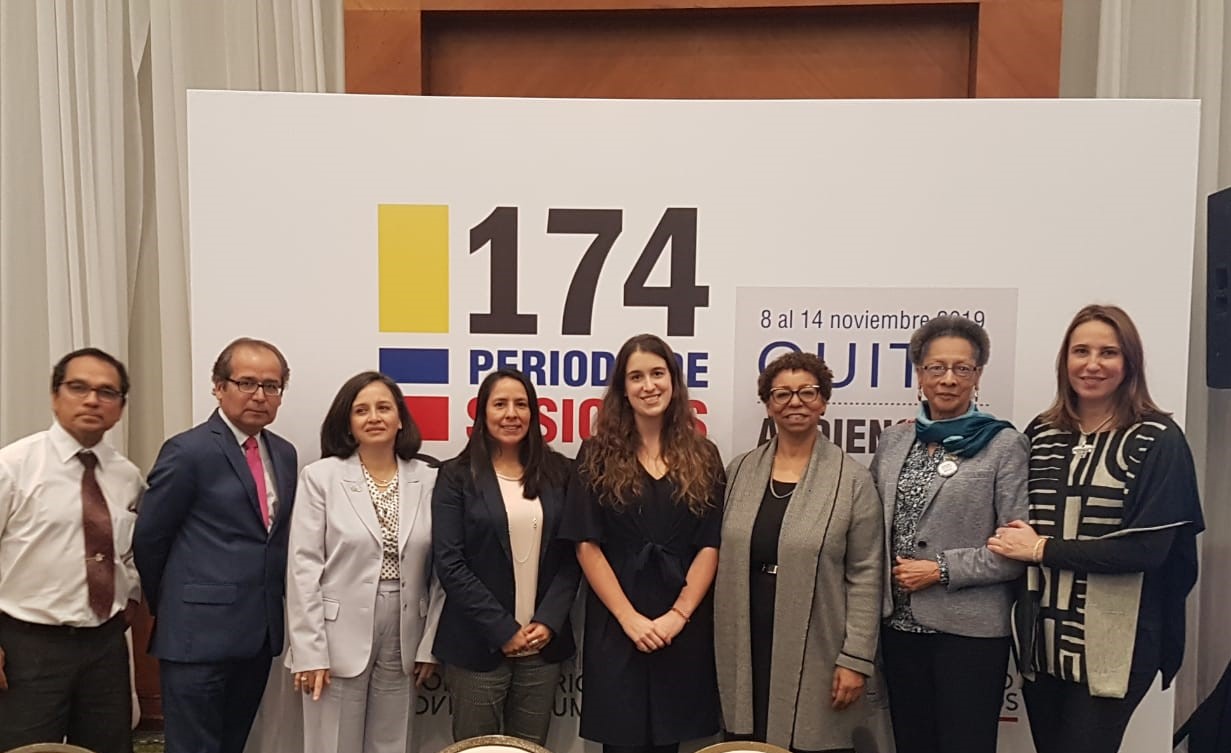 Members of the Inter-American Commission on Human Rights with the delegation of the Peruvian and Brazilian organizations at the hearing on November 11, 1919

For the first time, the Inter-American Commission on Human Rights (IACHR) is presented with the agenda of gender policies and human rights from the perspective of the advances of fundamentalism in Latin America and the Caribbean.

On November 11, 2019, in Quito, Ecuador, the organizations Peace and Hope and IPRODES, Peru, and Koinonia Ecumenical Presence and Service, member of the ACT Brazil Ecumenical Forum, presented at a public hearing of the Inter-American Commission on Human Rights (IACHR) a report denouncing the danger of anti-rights and hate speech on the Human Rights agenda and the advance of public policies.

The fallacy of gender, called “gender ideology” and the appropriation by fundamentalist discourses, with attention to religious narratives, continues to promote aggravated and advanced setbacks throughout Latin America and the Caribbean. Such as recently in Bolivia, where the Bible and weapons are used to seize the power of a democratically elected government.

Representation in the IACHR was not just from these organizations, but from dozens more, from these and other countries in the region to expose the setbacks that have threatened and violated human rights for several years.

As stated in the presented document, “on recent years, several conservative churches, collectives and religious organizations have made speeches rejecting the concept of gender as a category of analysis, opting to classify it as a mere “ideology”. In this sense, we face a new terminology used by this sector of society to avoid incorporating the gender approach in public laws and policies.”

The aim was to lead and promote reflection on the challenges, norms of good practices in promoting and protecting the rights to education, health and the right to life free from violence, in particular with regard to women, LGBTI + population, children and adolescents; and on issues of gender rights, such as sexual and reproductive rights, in a context in which the political defence of religious fundamentalists is contrary to the rights of these populations. 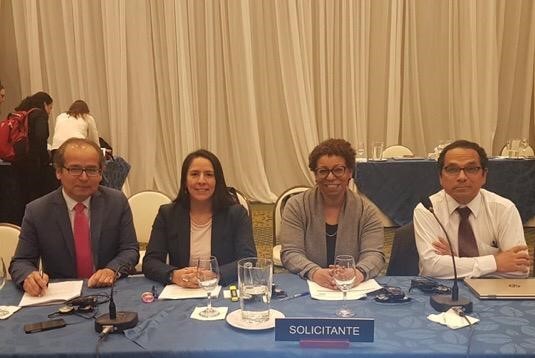 The request for speech during the IACHR Public Hearing was presented by the Peruvian and Brazilian organizations which were represented by Ronald Gamarra, Sofía Carpio of IPRODES, Peru; Marilia Schüller de Koinonia and ACT Brazil Ecumenical Forum; and Germán Vargas of Peace and Hope, Peru.

The public hearing was chaired by Joel Hernandez Garcia (Mexico), member of the IACHR. The following members of the Commission were also present: Margarette May Macaulay (Jamaica), Luis Ernesto Vargas (Colombia), Soledad Garcia Muñoz (Argentina), María Claudia Pulido (Colombia). Regrettably, Brazil’s representation on the Commission was not designated to be present on this Public Hearing.

Marilia Schüller, KOINONIA’s advisor on the institutional and international relations of the Ecumenism and Gender Justice agenda, reports that the Commission welcomed the report presented and expressed that with words of thanks.

“The importance of the right to education of girls, boys and adolescents, and especially of sex education in schools, as part of training for life, was very clear; Also, the continuity of public policies that favour women, children and LGBTI + population that are vulnerable segments in our societies”. 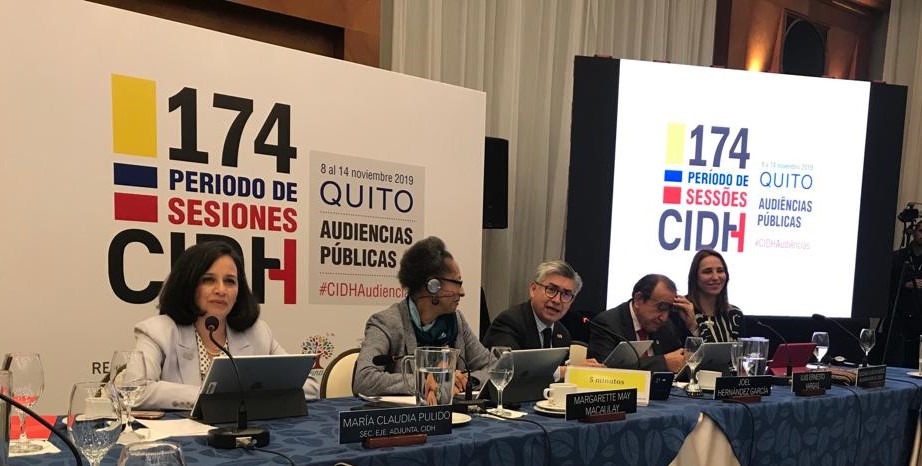 In denouncing and opposing religious fundamentalism, which in our Latin American and Caribbean contexts has been propagated by conservative Christian sectors, Marilia adds: “We emphasized the importance of faith-based organizations contributing to the reflection from a human rights perspective and the affirmation of the secular state”.

The presentation by the organizations’ delegation sought to demonstrate that the region’s scenario cannot be understood from simple observations. It is complex, paradoxical and crossed by several elements. In which conservative discourses use democratic languages, symbols, values and institutions to deny and oppose the human rights that underpin these same institutions.

Which elements are these?

– Opposition to the gender approach through discourse creation and the development of activism based on the fanciful concept of “gender ideology”;
– The new forms of religious participation in the public sphere;
– The tensions between religious-conservative discourse and the approach to rights;
– The impact of the civil-religious agenda on public norms and policies related to human rights;
– Instrumentalization of the right to freedom of belief;
– The insertion of the religious phenomenon in a wider scenario of global de-democratization since the second decade of the 21st century.

Finally, the delegation submitted the following petitions to the Commission:

The organizations that supported the advocacy action were:

2) Institute for the Promotion of Social Development – IPRODES;

14) ABIA – Observatory of Sexuality and Politics;

* The Inter-American Commission on Human Rights (IACHR) is a principal and autonomous organ of the Organization of American States (OAS), whose mission is to promote, protect, monitor, and analyse all human rights-related issues in the 35 member countries of the continent. It is made up of seven independent members who act in person and is headquartered in Washington, DC. It was created by the OAS in 1959 and, together with the Inter-American Court of Human Rights (Corte IDH), established in 1979, is an institution of the Inter-American System of human rights protection (IACHR)

Translation to English: Marilia A. Schüller/Koinonia