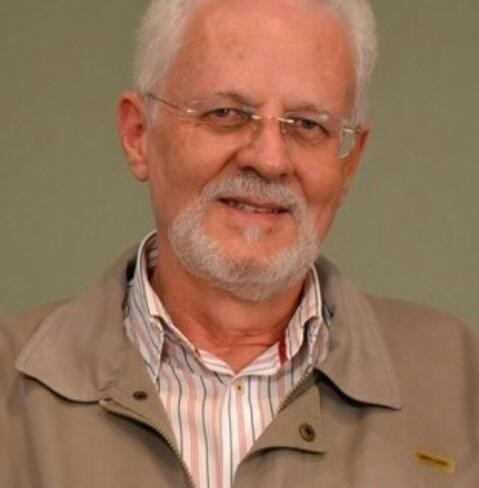 “Catholicism has been, for centuries, a broth of anti-sexuality and the echo of the eternal condemnation that still resonates in our cultural subconscious. We are afraid of what we are and we inhibit our natural expressions, since we were hampered by deforming injunctions of our personalities “(Eduardo Hoonaert).

Historically “Catholicism and same gender loving” have clashed and have being antagonistic. Because of this binomial, “fires of inquisition” and “discussions fires” blazed, producing, most of the time, tormentors and victims.

The complexity hidden behind the terms challenges the rigid dogmatic position as much as the dogmatic practical laxity. Although Catholicism in its history attests to an “anti-sexuality broth,” now it is under pressure by “the change of the times” to embrace a new paradigm of theoretical and practical understanding of human sexuality in which “homo-affectionateness” is affirmed as one of the irrefutable expressions of living out sexuality.

On the one hand always hovers the threatening sword of Damocles – perfidious expression of authoritarianism at all times and in all shades and, on the other hand, the Easter march of freedom consciousness – martyrdom monument of human dignity -, is of insurgent and indispensable actuality.

2. There is a “new” Francis in the scenario

We toast, in Catholicism, to the kairos of Jorge Mario Bergoglio’s election, the Pope Francisco, surprising irruption of the Spirit for the joy of the ecclesial grassroots and the fear of church domes. Asked about “who is Jorge Mario Bergoglio,” he replied, “I am a sinner to whom the Lord has looked upon.” [1] He dares to say: “Nor do I believe that the papal magisterium should be expected to offer a definitive or complete word on every question which affects the Church and the world.” [2]. His response to journalists about homosexuals during the flight from Rio de Janeiro to Rome ran the world, “If a person is gay and seeks God and has good will, who am I to judge?” For Francis, the II Vatican Council is not only bibliographic source, but ecclesial conviction, insisting that: “Pastoral ministry in a missionary style is not obsessed with the disjointed transmission of a multitude of doctrines to be insistently imposed. When we adopt a pastoral goal and a missionary style which would actually reach everyone without exception or exclusion, the message has to concentrate on the essentials, on what is most beautiful, most grand, most appealing and at the same time most necessary.  (…) This holds true as much for the dogmas of faith as for the whole corpus of the Church’s teaching, including her moral teaching. ” [3].

We are in a new world and, perhaps, in Church’s history new stage. Father José Comblin states that the collapse of Christianity began on the 70’s, “the grand total revolution of Western society: revolution in science, economics, politics, culture; full and profound revolution with consequences on ethics and religion. (…) Hence, the end of Christianity means that evangelization and pastoral care can no longer be made from a position of power. (…) This is the practical challenge not collectively taken by the Church yet: to recognize that we can no longer evangelise from a position of power, but only from a relationship of human beings with equal human beings. In theory, no one disputes that, but in practice, everything goes on as if the Church still had the power in society that had until the 70s of the twentieth century. ” [4].

Would not be in the heart and thought of Pope Francis such concerns when he confesses: “God manifests God-self in a historical revelation in time. The time starts processes, the space crystallizes them. God is in time, in the ongoing processes. No need to give priority to spaces of power of the times, even if the process is long. We need to follow through processes, rather than occupying spaces. God manifests God-self in time and is present in the processes of History. This gives priority to actions that generate new dynamics. And it requires patience, waiting.” [5]

Procedurally, Catholicism lives out the kairos-appeal to stop being an “anti-sexuality broth and the echo of the eternal condemnation” torturing “cultural subconscious” of humanity, to become the Samaritan force by the side of the fallen at the sideway. In summary, we welcome Gonzales Fauz when he states: “Claims that once seemed heretical are now the Pope’s words. Liberation Theology has the merit of having endured abuse as Jesus.”

2. There is a new “rainbow” in the scenario

The economic and political revolution after the 70s, reminds us Comblin, transferred “powers with huge repercussions on the daily lives of people and in social life” – the cultural revolution. It bears the mark of the “awakening of personal freedom” and many “positive values​​” above all, “definite values ​​which is vain to fight against.” Comblin enumerates those: the emancipation of women; the awakening of the consciousness of freedom of the youth, “even if infected by consumerism“; a liberated religious consciousness of the “penitential style of spirituality” modelled on the requirements of sacrifices and mortifications in view of the merits before God-judge. “After the Cultural Revolution, millions of men and especially women left the church, not for teaching purposes or beliefs but because they no longer accepted the penitential style of spirituality that was taught. (…) What they reject are not the dogmas, even less the Gospel, but the austerity of life, the constant concern for sin and the fear that is instilled in the sinner’s conscience. ” [6].

Centuries of “penitential spirituality” – without Easter -, seems to us to have “tattooed” in the Catholic soul, the understanding of sex as sin. Often we hear expressions like ‘this is nature’, ‘this is against nature’, ‘the beings of nature’, ‘sin against nature’ and so on. (…) It was established in this way a natural order that was often identified with the will of God, or more precisely, the will of a concept of God. (…) This has created a kind of boundary between God’s will and the will of human beings, like a barrier that cannot be crossed, a barrier that also functions as a limit to life and morals of human beings” .[7] .

At all times and in all cultures, however, there were women and men who felt attracted to people of their own sex. The satisfaction of desires and pleasures is there to question certain vision of “natural law.” The theories that “homosexual desires were to manifest themselves only in societies that are in decline, are prejudiced. The arts and literature of all ages describe sexual and friendship relationships, adventures and stories of love between people of the same sex. Such descriptions stem from societies and developments of all kinds, prosperous and on decline”. [8]

There is a new “rainbow” in the contemporary scene. The “out of the closet” took over the mega-events of the Gay Parades. “From mid-70s, the theme of homosexual love began to pierce the barrier of censorship and the most reactionary sectors, to reach the cultural industry products. The new “rainbow” LGBT comes after catastrophic storms and torrential rain of hailstones condensed by the ice of homophobia and taken to lower temperatures by the sole and deontological thought. The flag was unfurled in such a way that attempts to collect it are nonsense. Its seven colours are not imposed. They expose and present themselves. The Arc of the Holy Book of the Covenant of Genesis also begs a new place to humanity: never again the old flood! It calls to fellowship, to pleasure, to party, to the fruitfulness of every relationship, even if not always reproductive of the human species.

Bent down, then, under the “sword of Damocles” we reject, conscious or not, that “sexuality is a house with many windows open to the world.” [9]